Wisconsin finally seems to have decided that spring is on its way, and with spring will come some pretty amazing and wildly-colored rails, herons, cranes, and other landfowl. Some landfowl do stay in Wisconsin for the winter, such as Ring-necked Pheasants and Wild Turkeys, and American Coots, but most others in this week's list migrate to places with more open water.

A few weeks ago, our morning birding group was down by a little spot of open water off of Lake Wingra in the UW Arboretum and we saw a Great Blue Heron flying overhead. It was snowing and cold and we were baffled--Great Blue Herons usually fly south where there is more open water because they feed on fish and small amphibians. It was early February when we saw it, so what was more amazing than the fact that it had stayed for the winter was the fact that it had survived the winter. Maybe it just came back early, but no matter the situation, that is one hearty bird! What do you think it was surviving on? We were hypothesizing all morning.

When it warms up a bit more, the rails will start arriving. Have you ever heard the expression, "As thin as a rail?" That actually comes from the members of the family Rallidae, not from a rail on a staircase. If you check out some of the rails' All About Birds pages, they may seem rather plump if you look at them head on. However, when they turn to the side, they're quite skinny; this makes it easier for them to weave through the reeds, as they are mostly marsh-dwellers and moving through their habitat quickly and quietly helps them catch their prey.

Some of this week's birds have some very interesting calls. My two favorites are probably those of the Sora and American Bittern. The Sora sounds like it is saying its name: "Sor-ah! Sor-ah!" The American Bittern, however, sounds like water being slowly poured out of a jug. It is important to learn the calls because you will often hear these birds before you see them. Many have very camouflaged plumage and are good at staying hidden, but if you hear them, you'll have a better idea of where to start looking--that is, when the ice finally melts! 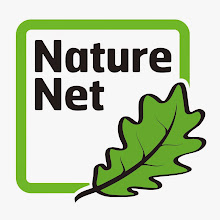